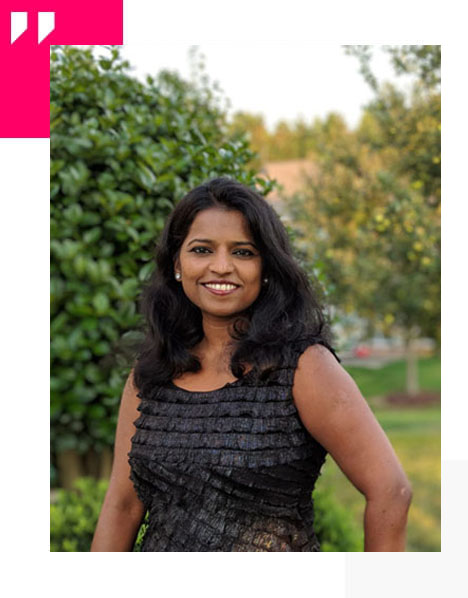 A founding member of DataCaliper’s team, Anita is by trade a Java & Cloud Architect and hands-on full stack software developer with nearly two decades of professional experience working for government, banking and energy sector verticals, usually while directly interfacing with leadership and influential stakeholders. She brings leadership, tech know-how, experience, charisma and a motivating outcome-focus to our teams, which cannot be replaced.

DataCaliper was successful because our founders (namely Ram and Anita) had the wisdom and foresight to see that data would be playing a disproportionately large role in the upcoming years as technologies advanced and finally allowed the power locked within complex data to be unleashed to its fullest potential.

We are proud as an organization of the work Anita has done and how she has overcome so many obstacles as a minority and woman business owner in today’s volatile environment. Her strength trickles down throughout the company and empowers us all, everyday.